The traditional home stay 10 days tour primarily focuses on visiting historical, cultural, and religious sites from Kathmandu, Patan, Bhaktapur, and Pokhara, but the tour extends to include some beautiful natural sites from Nagarkot, Pokhara, and Sarangkot. These towns are fantastically rich and distinctive in history, art, and culture. The Swoyambhunath Stupa, the Pashupatinath Temple, the Baudhanath Stupa, the Changunarayan Temple, the Kathmandu Durbar Square, the Patan Durbar Square and the Bhaktapur Durbar Square are monumental in size as well as significance in telling the history of the Kathmandu Valley.

Besides weaving a meaningful and fascinating story from the past to the present, their grace and grandeur will awe-inspire you. The Durbar Squares are tantamount to open museums whereas each monument is pure work of passion and art; they are mesmerizing.

Nagarkot is one of the most popular hill stations. It will offer you a panoramic view of 33 different mountain peaks of different regions. You can also view the Mt. Shisapangma of Tibet. A scenic drive will take you to Pokhara, a uniquely beautiful town. The town is popularly and aptly known as the tourism capital. This subtitle alone can give you an idea of what a wonderful city Pokhara is. The Fewa Lake, Devi’s Fall, and the Gupteshwori Cave are some of nature’s wonders that you will visit. You will also visit the World Peace Stupa. Moreover, your visit to Sarangkot, a hill station, which will reward you with the view of several peaks of the Annapurna and the Dhaulagiri ranges.

What distinguishes this tour from others is home stay; you will spend your nights in traditional Nepali homes run by the local people. Most of the things you will be served—from furnishing to food—are traditional, so it is an amazing way to discover the details of a culture. Above all, people are simple, pleasant, and loving. The homestay will be a major part of the tour. You will have a lifetime experience.

Day 02: Visit Swoyambhunath and Patan: start our tour with the magnificent Swoyambhunath which is 30 minutes drive from Kapan. Then we drive to one of the oldest cities of Kathmandu valley which is called Patan; to witness its incredible architecture from medieval period.

Patan - the second largest town in the valley is situated to the south of Kathmandu. Patan's great building boom took place under the Mallas in the 16th, 17th and 18th centuries. Numerous temples of widely diverse styles, as well as many Buddhist monasteries, are scattered around the fascinating town. Patan is famous for its crafts and metal works which are wonderful souvenirs.
Overnight: Magar Family Home, Kapan

Day 03: Drive Kathmandu to Bhaktapur via Thimi: we drive to the oldest part of the Kathmandu valley, a quick stop at old Thimi and observe some traditional farming and old alleys of Thimi village. Then finally we drive to ancient city called Bhaktapur. This fascinating city reminds you the true culture and living style of medieval period.

Bhaktapur- Located about 20 km east of Kathmandu in the Kathmandu Valley, Bhaktapur is known as the 'City of Devotees', the 'City of Culture', the 'Living Heritage', and 'Nepal's Cultural Gem'. It is one of the 3 royal cities in the Kathmandu Valley. We visit four different squares in this city: Durbar Square (palace square), Tamaudi Square (public square), Pottery Square and Dattatrey Square.
Overnight: Hotel

Day 04: Drive Bhaktapur to Nagarkot: an exciting drive for an hour on winding road takes us to Nagarkot. It is a great place to escape from Kathmandu’s hustle bustle.

Nagarkot – One of the most popular hill station / viewpoints close to Kathmandu valley. The reward for Nagarkot trip is panoramic view of 33 different mountain peaks of different regions including Mt. Shisapangma of Tibet.
Overnight: Hotel

Day 05: Trek Nagarkot to Thali via Changunarayan and drive to Kathmandu: on our way back from Nagarkot,  we hike down to Changunarayan. After visiting Changunarayan temple we continue our walk down to Thali. The hike in total would be about 4 hours. We go through several Tamang and Newari traditional villages enjoying the view of Kathmandu and Bhaktapur cities down in the valley. Then we catch our vehicle and drive to Kathmandu where we visit Bouddhanath and Pashupatinath. In the afternoon, we participate in Buddhist Puja ceremony in Bairoling Monastery.

Changunarayan - is a fascinating place where you can see oldest Manu script found in Nepali history and some magnificent temples.

Pashupatinath Temple is one of the holiest pilgrimage destinations for all the Hindus of the world. The temple is dedicated to Lord Shiva, one of the trinity and the guardian (patron) deity of Nepal. This is one of the oldest temples, situated on the banks of the Holy Bagmati River. It is a double–roofed golden temple with four triple silver doorways. Pashupatinath covers an area of 281 hectares, which is one of the biggest temple complexes in Nepal.

Bouddhanath Stupa lies about 6 km east of downtown Kathmandu and it is the largest stupa in the Valley and one of the largest in the world. It presents one of the most fascinating specimens of stupa design with hundreds of prayer wheels and 108 small images of Buddha all around. Just like Swoyambhunath, this stupa has four sides with the watchful eyes of Lord Buddha. All the Buddhists throng to this stupa to take part in the sacred rituals during the Buddhist festivals.
Overnight: Bairoling Monastery, Tinchuli

Day 08: Visit  Sarangkot (1592m): early morning drive takes us to a popular hill station, Sarangkot. It’s about an hour drive on winding uphill road and 1 more hour trek to the top. The view from Sarangkot is superb. Several different peaks of the Annapurna and Dhaulagiri ranges, including the two highest peaks in the world,-Annapurna I (8091m) and Dhaulagiri (8167m) can be seen.
Overnight: Thapa Family Home, Sedi Bagar

Day 10: Transfer to the airport for departure. 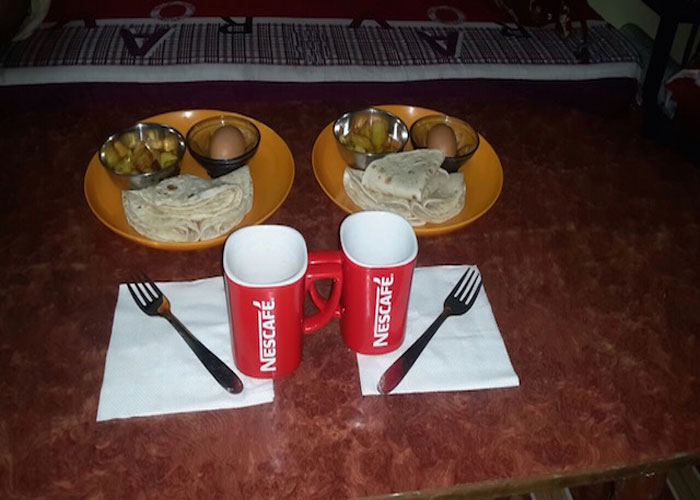 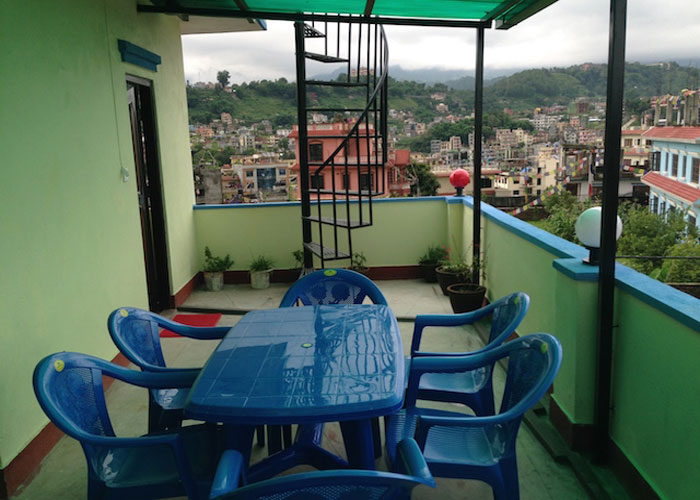 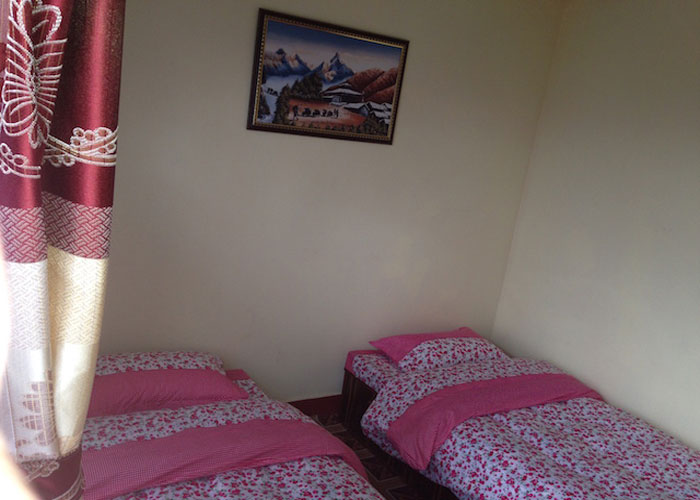 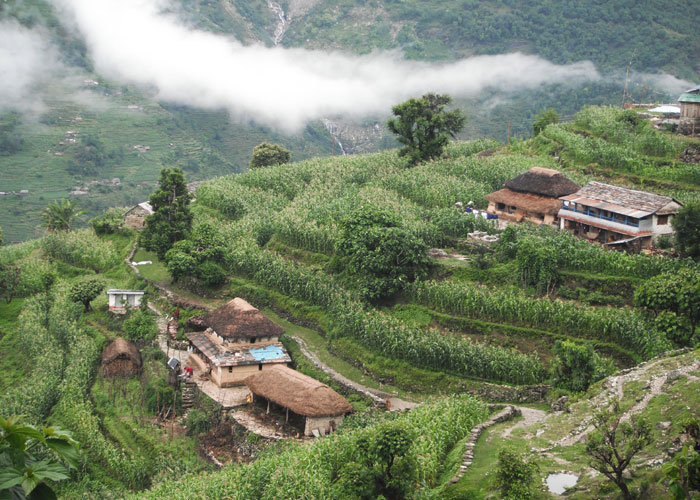