Popular as the “roof of the world”, Tibet, the historic and autonomous region of China, occupies a huge area of the Tibetan Plateau. Since it was virtually detached from the rest of the world before the 1950s, its culture had uniquely developed around the Tibetan language and Tibetan Buddhism. With minimal economic development, Tibet was all about culture.

It is also famous in the world because of the most expensive and dangerous dog Tibetan mastiff.
The Tibet population being near-to-entirely Tibetan, the majority of people have the same ethnic origin. Though the economy primarily depends on agriculture, now tourism is further buttressing it rapidly and efficiently. It has become one of the most loved and admired tourist destinations. Interesting—it is famously known as the mecca for mountaineering and adventure, and culture, and Buddhism. it is wonderful. You will find so as soon as you land in Lhasa.

Lhasa, at an elevation of 3,650 m, is the capital of Tibet near the Lhasa River. It is an important cultural and historical city, hugely revered by the Tibetan Buddhists. It is also the religious center of Tibet.

The Jokhang Temple, built in the mid-7th century CE, is the holiest place in Tibet. Its other striking landmarks are the Potala Palace, once the winter residence of the Dalai Lama, and Norbulingka, the former summer palace of the Dalai Lama. Norbulingka is also called the People’s Pleasure Park. Further, Drepung and Sera are two of the largest monasteries in Tibet.

They will surely fill you with spiritual awe. The Potala Palace is the landmark and the symbol of Tibet and honored as one of the most beautiful architectural buildings in the world. Thus, it can be viewed as the symbolic architecture of Tibet. With over 1,000 rooms, it is the palace at the highest altitude. It is built on the Red Hill by the side of the Lhasa River.

Likewise, the Jokhnag Temple is the religious and spiritual center of Tibet. Along with the Potala Palace and the Norbulingka, it is also listed in the UNESCO World Heritage Site. Norbulingka, meaning “Park of Treasure”, used to be the summer palace of the Dalai Lama. Now the region also has the biggest man made garden in Tibet. And, the Barkhor Street, which has a market you will be visiting, is a popular commercial center. Also, Drepung and Sera monasteries will be your great aesthetic and spiritual wonders.
In fact, you will see it a lot!

Day 01: Arrive in Lhasa (3490 m):
Arrival in Lhasa airport / train station: The drive will take you to the west of the city at Dongkar, and just west of Dongkar the Potola Palace will be visible from afar. It is advisable to take the rest of the day in leisure in order to acclimatize. You can go around the hotel area for light walk and sightseeing.
Overnight: Hotel

Day 02: Visit Potola Palace, Jokhang Temple and Bakhor Market (3490m):
This morning we visit the Potala Palace, winter palace of His Holiness the Dalai Lama, It is a 13th storied complex monument rising to a height of above 117m which houses 10,000 shrines and over 200,000 images and about 1000 rooms.  In the afternoon we will take a tour of Jokhang Temple.  Jokhang a seventh-century geomantic temple at the heart of Lhasa is the most sacred temple of all Tibet. It is considered to be a Power Place in all Tibet. Later you can walk and shop in the popular Bakhor Square (Bazaar) where Tibetan handicraft items, Buddhist artifacts, carpets, paintings etc. are all in sale for your delight.
Overnight: Hotel

Day 03: Visit Drepung Monastery and Sera Monastery (3490m):
This morning we will drive 8km northwest of Lhasa to visit Drepung Monastery. It was the residence of the Third, Fourth and the Fifth Dalai Lamas.  This winter Palace was the resident of hundreds of monks from all the major Geluk monasteries for staffing individual Chapels. The 20,000 sq m complex has survived unscathed even during the Cultural Revolution.  In the afternoon we will drive 5km away from Lhasa to Sera Monastery founded in 1419. It sits in the prettiest and most charming atmosphere at the base of Mount Purbuchok. Sera Monastery used to be an important center for learning where 5,000 to 6,000 monks resided. The most intriguing feature here is the nine-meter image of the Monastery; here one can also witness the practicing debate among the monks, who pitch their knowledge against each other.
Overnight: Hotel

Day 04: Drive Lhasa to Gyantse: (3975m) 265 km 5 - 6 hrs
Leaving Lhasa and a long drive of 265 km, taking about 5/6 hours including break for lunch at one of the villages’ en-route. We will drive over two spectacular high passes – the Kampa La at 4750m and Karo La at 5050m, over, and along the beautiful deep blue green Lake called Yamdrok Lake or Turquoise Lake. The landscape of the Tibetan Plateau is truly unusual and spectacular.  We will arrive in Gyantse an old Tibetan Town against a backdrop of magnificent 14th-15th century fortresses and temples.  Here we will visit Pelkhor Chode Temple, which served the Gelug Sakya and Buluk orders. Here the Kumbum Stupa is an architectural masterpiece built in the style of 108-sided Mandela. It is the most revered stupa in Tibet and houses 112 chapels of which only 23 are open to the public.
Overnight: Hotel

Day 05: Drive Gyantse to Shigatse: (3840 m) 90 km 2 hrs
After breakfast 2 hours, 90km straight drive to Shigatse the second largest town in Tibet. Shigatse was one of the first towns to be visited by westerners due to close distance with the Indian border.  Here, Tashilumpo Palace is the place to visit.  His Holiness the Panchen Lama (great scholar), the second highest spiritual figure in Tibet after His Holiness The Dalai Lama. The Fifth Dalai Lama built this artistic Palace. There are about 39 amazing chapels inside the Palace including the huge Maitreya Chapel coated with gold, its workmanship certainly impresses everyone, Tushita Chapel containing one thousand small statues of Tsongkhapa founder of Geluk order. Victory Chapel, which is concerted into a school for study and inside the chapel there is a huge gold image of Tsokapa and his two disciples and also the Tomb of the Tenth Panchen Lama just to name a few.  In the afternoon, we will visit the local markets for shopping and local sightseeing.
Overnight: Hotel

Day 06: Drive Shigatse to New Tingri (Shegar): (4300m) 300km 7-8 hrs
Today we drive 300km. The friendship highway takes about 7/8 hours to reach Old Tingri. We will lunch in Lhatse, which is about 150 km away.  Lhatse is a small relatively modern town in the banks of the river Tsangpo.  Lhatse Dzong is an old town of Lhatse, where few monastery of Lhatse Chode were founded at the time of the Fifth Dalai Lama. The most significant historical site in Lhatse Dzong is the small meditation cave located in the northern face of Dzong (castle). Tingri is further 150km west of Lhatse.  On the dirt highway we will cross the high pass of Gyatso La or Lhakpa La 5220m. On the decent, if the weather permits you will have the first view of mighty Mt. Everest south face and other prominent mountains of the world.
Overnight: Hotel

Day 07: Drive New Tingri (Shegar) to Nyalam (3750m) or Zhangmu (2500m) 125km 3/4 hrs
Today we drive 95 km 2 to 3 hours to reach Nyalam. On the way to Nyalam we may catch a glimpse of the majestic Mt. Everest and other peaks over 8000m such as Shisapangma.  Today, the difference in landscape is quite special-the barren rugged landscape of Tibet to the mighty Himalayas, where the scenery changes to rich forests, typical of the Nepalese foothills.From Nyalam 30 km to reach Zhangmu which is a small border town teetering on a precipitous hillside.  It serves as the main port of entry into Tibet when coming overland to and from Nepal.
Overnight: Hotel

Day 08: Drive Zhangmu to Kathmandu: 1300m 127 km 4 - 5 hrs
After breakfast, Drive 8 km downhill to reach immigration (Khasa Port) after immigration process  we walk through Friendship Bridge up to Kodari. From Kodari drive to Kathmandu via Araniko highway, by now you will have entered into a completely different landscape one which is vastly different from just where you were a few days ago. The Nepali foothills and the greenery will make the drive pleasant and enjoyable.
Overnight: Hotel 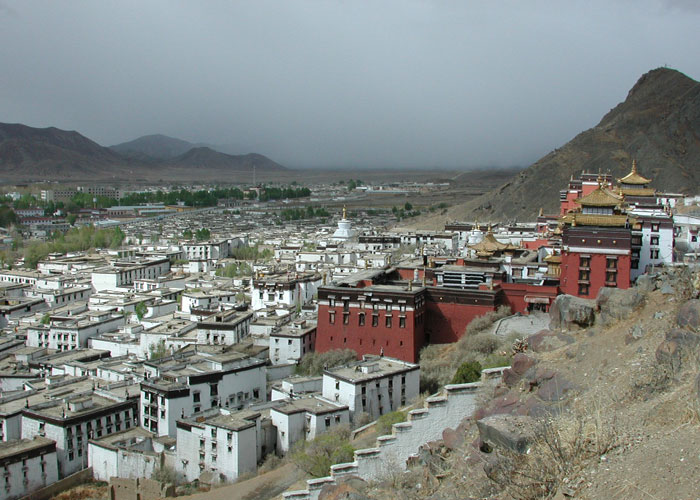 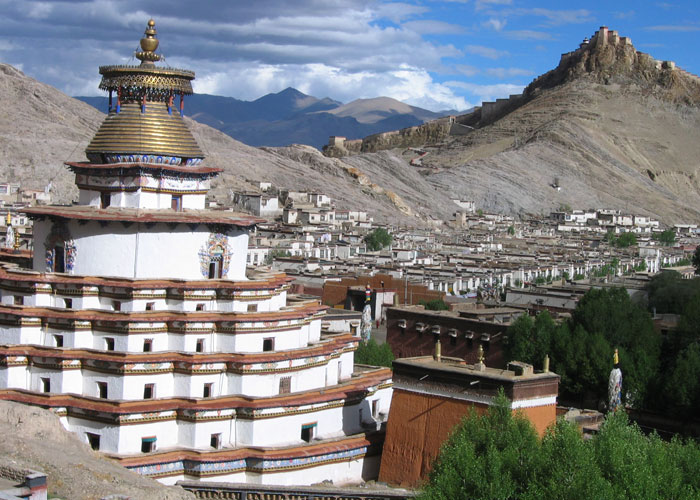